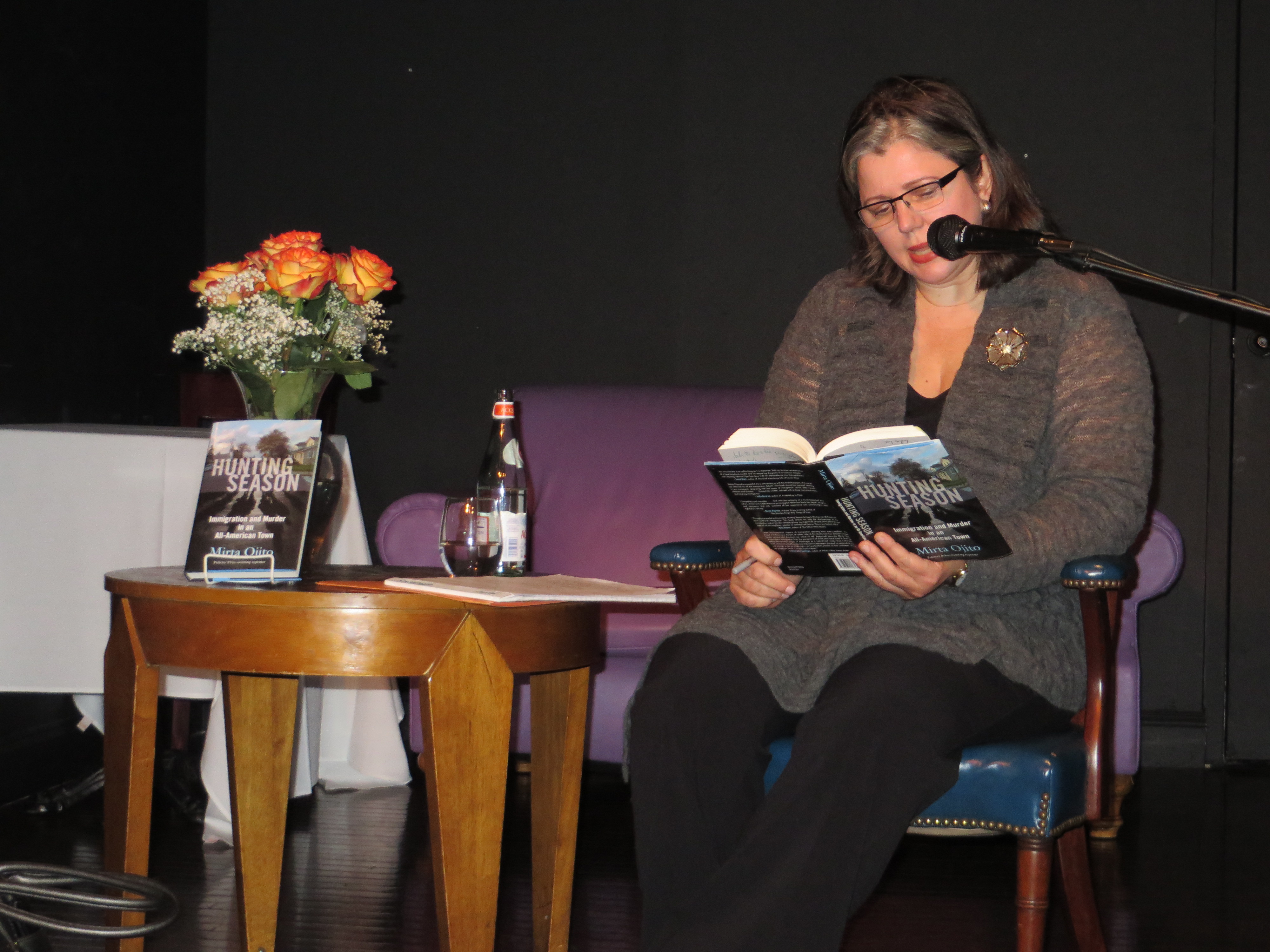 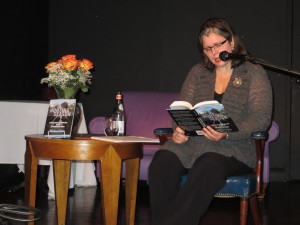 On January 13, author Mirta Ojito presented her latest book “Hunting Season:  Immigration and Murder in an All-American Town” at Busboys and Poets in Washington DC.  The event was sponsored by the DC Latino Caucus and the DC Mayor’s Office on Latino Affairs.

Ms. Ojito, a newspaper reporter since 1987, has worked for the Miami Herald, El Nuevo Herald, and the New York Times, where she covered immigration, among other subjects.  She has received numerous awards, including a shared Pulitzer Prize for national reporting in 2001 for a series of articles in the Times about race in America. She is the author of Finding Mañana: A Memoir of a Cuban Exodus and teaches at the Graduate School of Journalism at Columbia University in New York City, where she lives with her three children.

In her latest book, Ms. Mojito looks at the 2008 murder of an Ecuadorean undocumented immigrant, Marcelo Lucero, by a group of teenagers in the Long Island village of Patchogue. In death, Lucero became a symbol of everything that was wrong with our broken immigration system: fewer opportunities to obtain visas to travel to the United States, porous borders, a growing dependency on cheap labor, and the rise of bigotry. Drawing on first-hand interviews and on-the-ground reporting, journalist Mirta Ojito has crafted an unflinching portrait of one community struggling to reconcile the hate and fear underlying the idyllic veneer of their all-American town.