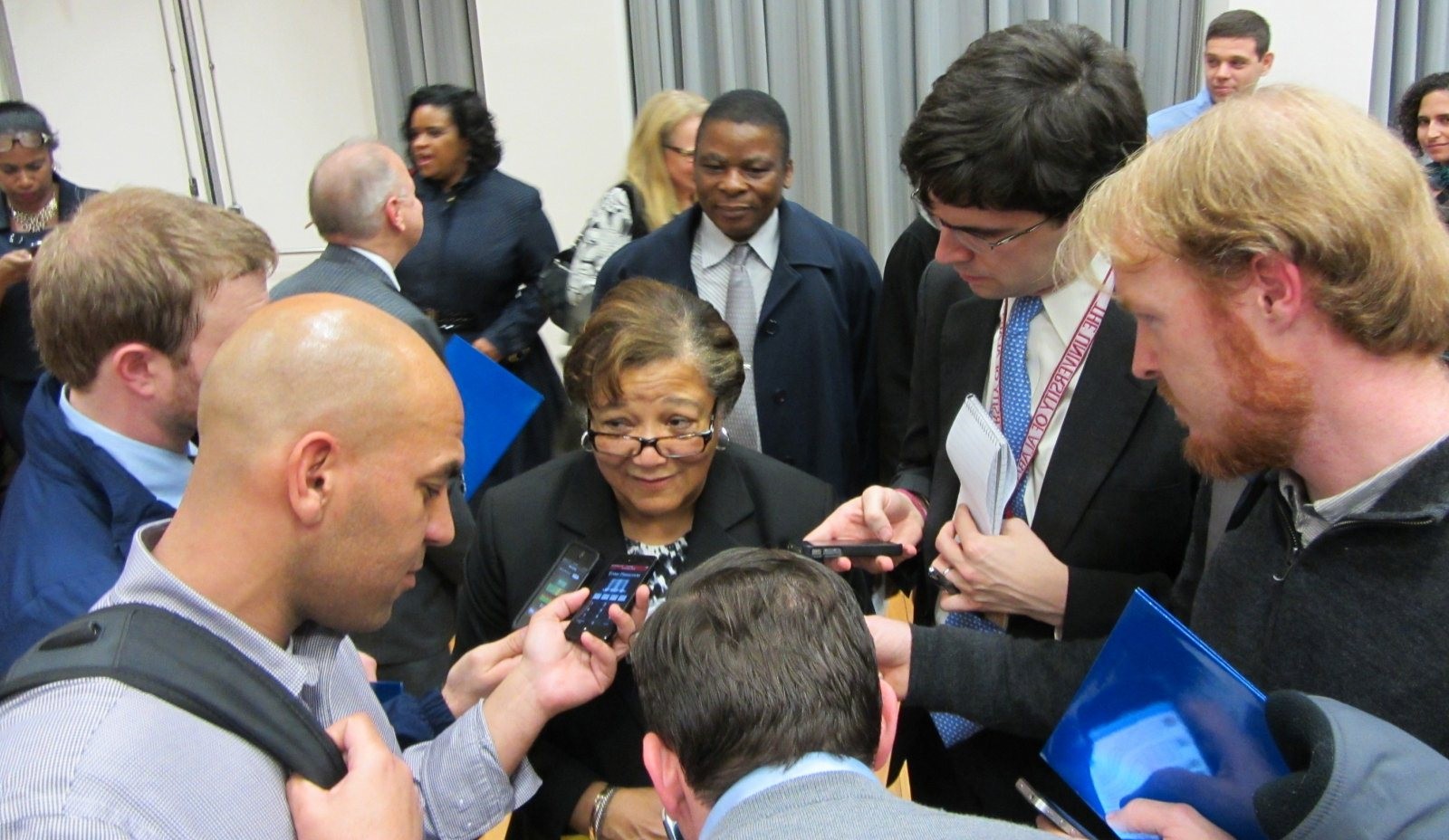 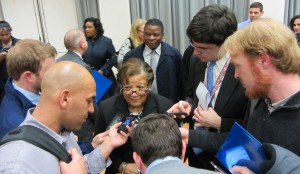 Hundreds of people crowded Caldwell Hall at the Catholic University Campus to see the next DC Councilmember be appointed by the DC Democratic State Committee. The contest for this interim Council seat was between former DC US Shadow Representative John Capozzi, DC Chapter NAACP Vice-Chair Doug Sloan, and DC Democratic State Committee Chair Anita Bonds. Only members of the DC Democratic State Committee were eligible to vote. With over 90 percent of the current members showing up to vote, Anita Bonds won the appointment on the first round of voting; 51% of the votes were required for appointment. Anita Bonds received 55 of the 71 cast ballots, or 77% of the votes, John Capozzi, 6 votes, and Doug Sloan received 7 votes, 3 were null votes. The new Councilmember will be sworn-in immediately and will serve on the DC Council until a city-wide special election takes place on April 23, 2013. As of December 11, 6 people have declared their intention to run in the special election with the DC Board of Elections. Anita Bonds would be the 7th candidate added to the special election list, that many speculate will only grow in the coming days.

Anita Bonds, a Corporate Relations Director, and the current DC Democratic Party Chair, has a long history of activism and Party politics in DC. The Ward 5 resident has been an ANC Commissioner, Chair of the Ward 5 Democrats and has managed political campaigns for a number of candidates, both locally and nationally. She has worked in various local administration and as a staffer to the Council. As the sitting Councilmember for the special election, Anita Bonds now positions herself as the front runner in a race that could see as many as a dozen other strong candidates. If elected in the special election, Anita Bonds would be the fourth woman serving on the 13-member Council body and would serve until 2014, the remainder time on the At-Large seat vacated by Councilmember Phil Mendelson, who is now the DC City Council Chairman.

Below acceptance speech by Ms. Anita Bonds shortly after being declared the winner.