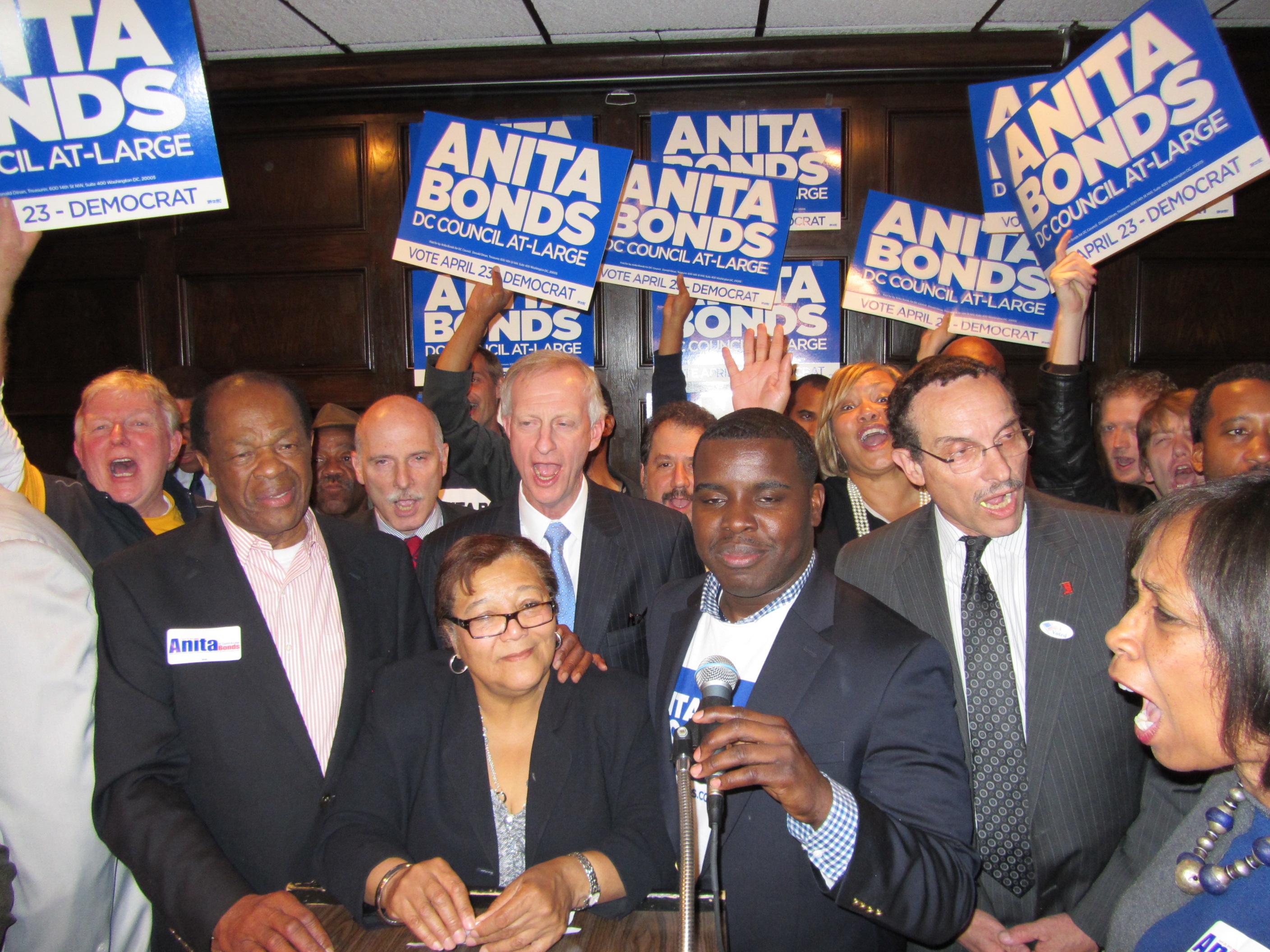 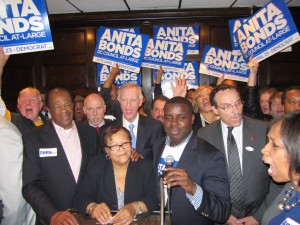 DC Democratic Party Chair Anita Bonds won a permanent seat on the DC Council last night. The At-Large member of the Council special election attracted around 10 percent of the city’s registered voters. The race for the vacancy, created after Councilmember Phil Mendelson became Chair of the DC Council last November, had 6 candidates. Anita Bonds obtained 32.19% of the votes, followed by Elissa Silverman, 27.55%, Patrick Mara, 22.79%, Matthew Frummin, 11.42%, Paul Zukerburg, 1.97%, and Perry Redd had 1.88%. While former Councilmember Michael Brown appeared on the ballot, he had withdrawn from the race. In the last days leading to the election, a couple of the candidates found themselves in controversies. The Washington Post reported that Patrick Mara, the only Republican in the race, is under investigation by the DC Office of Campaign Finance. The Washington Post also reported on former Citypaper reporter Elissa Silverman’s email exchange to try to get at least one candidate to drop from the race.

Anita Bonds was holding the seat temporarily, after being elected by members of the DC Democratic Party during a member-only vote last December. Anita Bond’s victory speech is below: 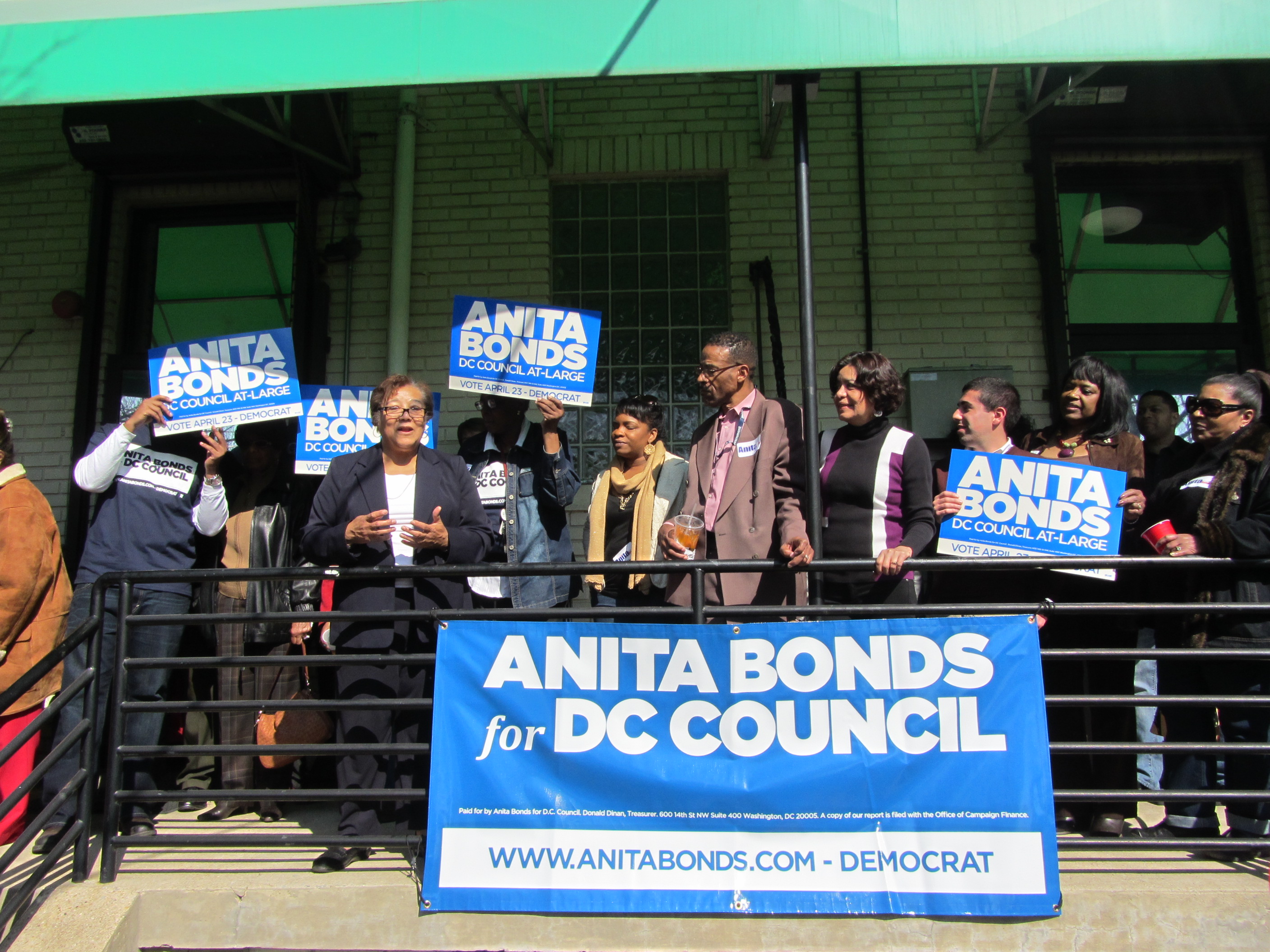