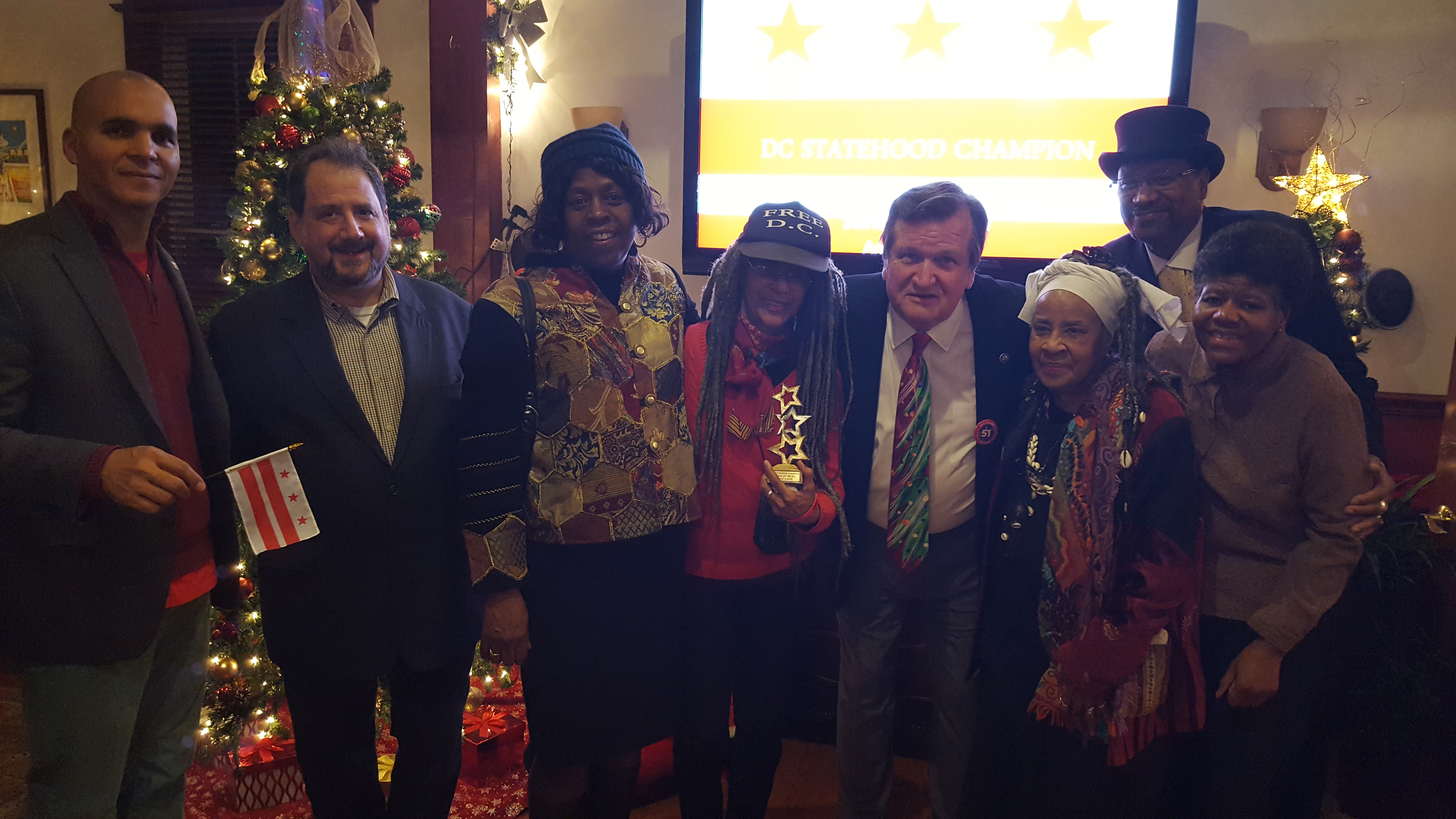 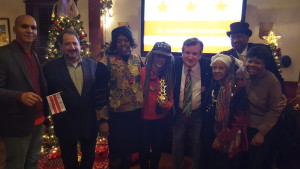 Elected officials, community leaders, and others came together to celebrate the overwhelming support a DC Statehood Referendum received at the ballot on November 8th, 2016.  Over 85% of all DC voters that participated in the general election voted to make part of the District of Columbia the 51st state in the union.  Referendum B, as it showed on the ballot for DC voters, is part of an initiative led by the New Columbia Statehood Commission to revive the Tennessee Plan in the District of Columbia.  The plan is a proactive approach to statehood, successfully used by at least 5 territories to achieve statehood.  The plan calls for territories to execute the following four items, before asking admission into the union as a state:  1) agree that the territory should be admitted to the Union as a state (survey voters via Referendum); 2) approve a State Constitution; 3) approve the state’s boundaries; and 4) agree that the state will guarantee an elected representative form of government.  All these items were part of Referendum B on the ballot.  More than 85% of DC voters supported the DC Statehood Referendum.  At a holiday party held on December 10th, the community came together to celebrate the victory, and honor a few organizations and individuals that have worked to achieve statehood for the District of Columbia.  The award recipients were:  Councilmember Brianne K. Nadeau, DC Statehood Green Party, Neighbors United for DC Statehood, Councilmember David Grosso, Elinor Hart, Theodora Brown, DC for Democracy, Ann Loikow, DC Latino Caucus, Free DC/Anise Jenkins, and Louisa Meruvia.  Awards were presented at a holiday party held at the home of US Representative Franklin Garcia.  Senator Paul Strauss, Senator Michael Brown, and Representative Franklin Garcia presented the awards.

DC Statehood advocates now await the response from the 115th Congress once the city’s leadership presents Congress with the executed Tennessee Plan.  Only Congress can admit territories as a state.  During the election cycle, Secretary Hillary Clinton had said that she would support statehood for the District of Columbia, while Mr. Donald Trump was unclear on his position.