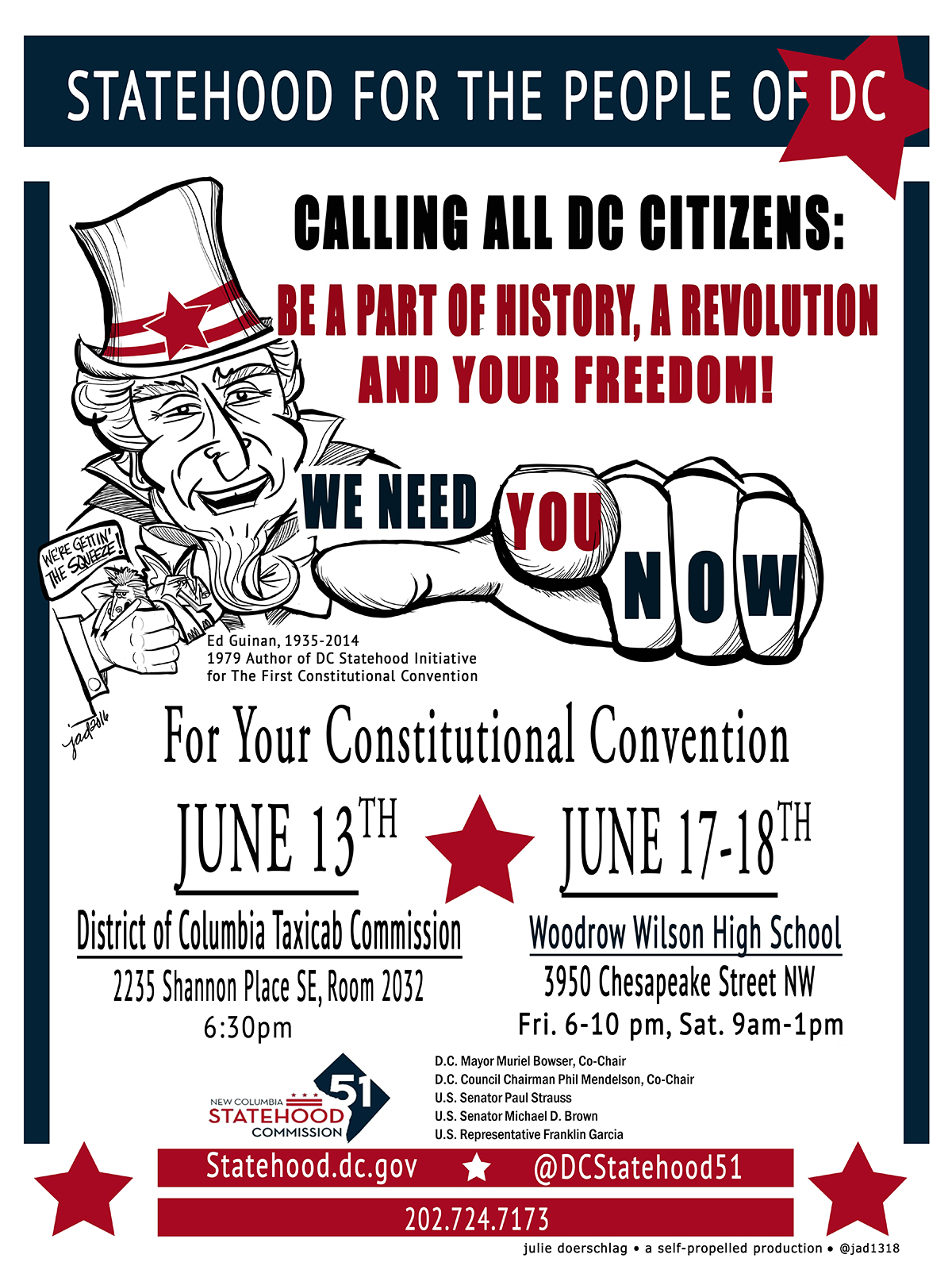 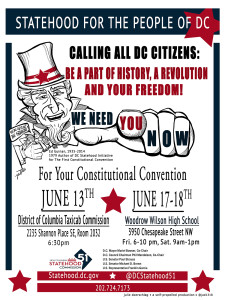 On May 6th, 2016, the New Columbia Statehood Commission presented to the public a draft Constitution of what will be the state of New of Columbia, or the 51st state in the Union. The DC Council created the New Columbia Statehood Commission in 2014 to coordinate the District’s statehood initiatives (DC Law 20-481). The Commission is an independent agency within the District government that provides support to the Statehood Congressional Delegation, the Mayor, and the DC Council in promoting statehood for the residents of the District of Columbia. The Commission is comprised of five members: DC Mayor Muriel Bowser, DC Council Chairman Phil Mendelson, US Senator Paul Strauss, US Senator Michael D. Brown, and US Representative Franklin Garcia.

The New Columbia Statehood Commission met on April 21, 2016, and voted on a new plan designed to reinvigorate the DC statehood effort. The proposal, announced by DC Mayor Muriel Bowser at the Emancipation Day Breakfast on April 15, would put a DC statehood advisory referendum on the November 8, 2016 ballot.

The path DC is pursuing to achieve statehood is the Tennessee Plan. A plan that has been successful in achieving statehood for a number of states, including one of the last states to join the union, Alaska, in 1959. This plan has 4 steps that the Commission plans to pursue. First, it will draft a new state Constitution, second, it will have citizens answer the question whether they want to be a state, third, it will define the new state’s boundaries, and finally it will adhere to a republican form of government (a representative democracy). These are the four items the voters will have to consent to by voting on them in November, when they go vote for a new President.

To help it achieve these efforts, the Commission has a process to engage all residents of the city. One of the highlights of this process will be a Constitutional Convention that will start on June 13th. The Convention is an opportunity for any city resident to review the language of the draft Constitution, and make suggestions to the Commission. The Convention is scheduled for 3 days: June 13th, June 17th, and June 18th. DC residents can attend any, or all dates, and hear speakers, participate in lectures, forums, and give their input on the process. On June 24th, the members of the Commission will meet to approve any proposed changes to the draft Constitution at a public meeting. The final version of the Constitution will then be submitted to the DC Council at the end of June. The DC Council has until the 8th of July to send it to the DC Board of Elections, so that the initiative can make it to the November 8th ballot for the voters to consider it.

With the potential for a new President that strongly supports statehood for the District of Columbia, and a new Congress, many expect this to be the opportunity citizens in support of the DC Statehood movement have been waiting for.

More information about the process and the Constitutional Convention can be seen at: statehood.dc.gov.