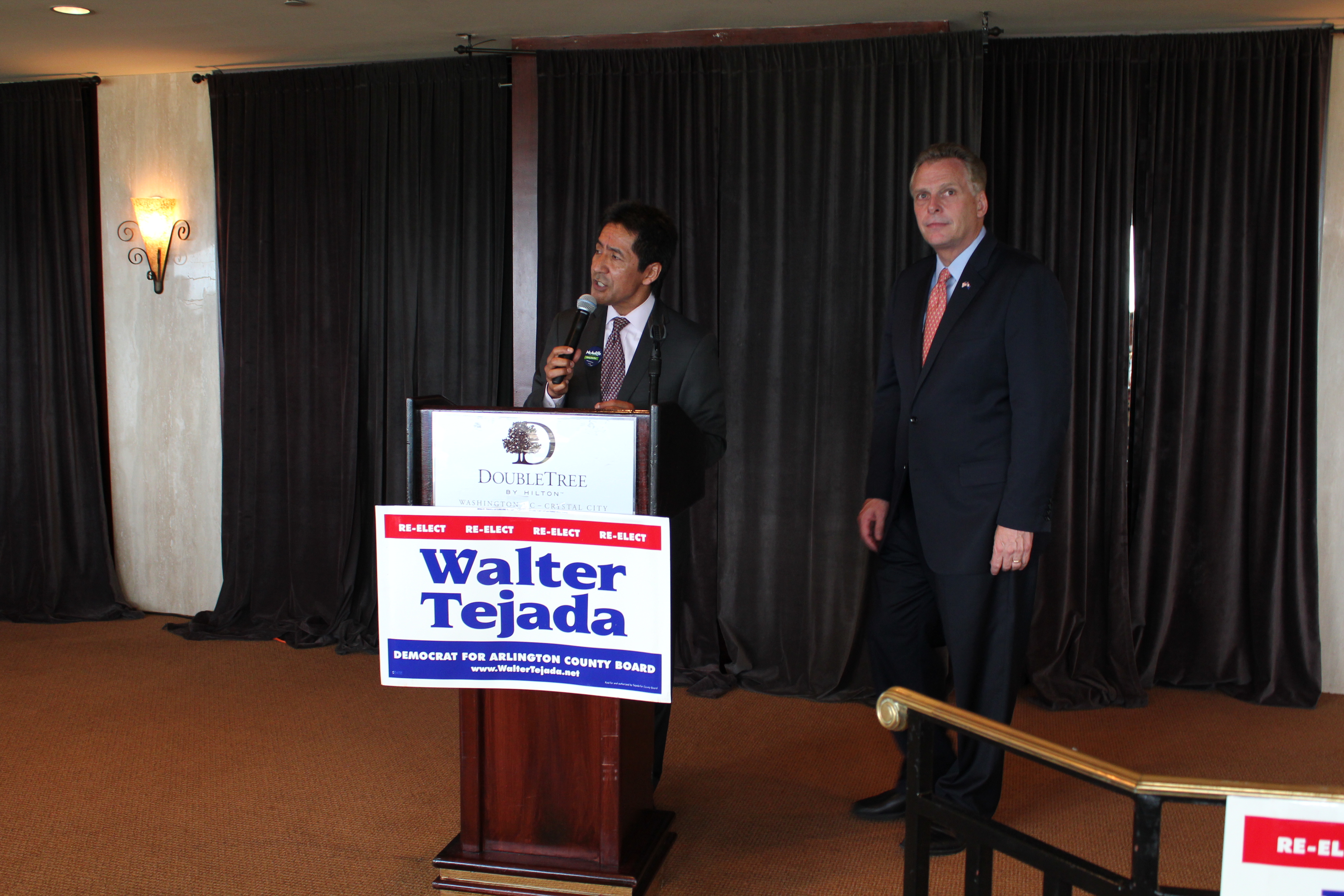 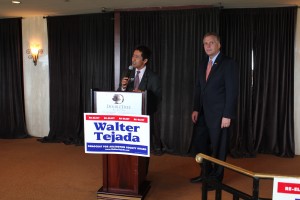 A number of elected state official were present to greet Virginia governor candidate Terry McAuliffe. The well attended event hosted by Arlington County Board Chair Walter Tejada took place on July 13th at the Windows Over Washington restaurant in Arlington, Virginia. Mr. McAuliffe, a former Chairman of the Democratic National Committee is facing Republican candidate Ken Cuccinelli to become the next governor of Virginia. Mr. Cuccinelli is Virginia’s Attorney General and a former state senator. The Virginia gubernatorial race will take place on November 5, 2013.

Recent poll data shows Mr. McAuliffe ahead in the race with over one-third of likely voters still undecided.

The event, titled “Water Tejada’s Fiesta Politica 2013,” was put together to consolidate Latino support for the former DNC Chairman. Nearly every Latino elected official in the state showed up to support Mr. McAuliffe, who has publicly stated he would sign into law a DREAM Act bill once he becomes governor of the state.