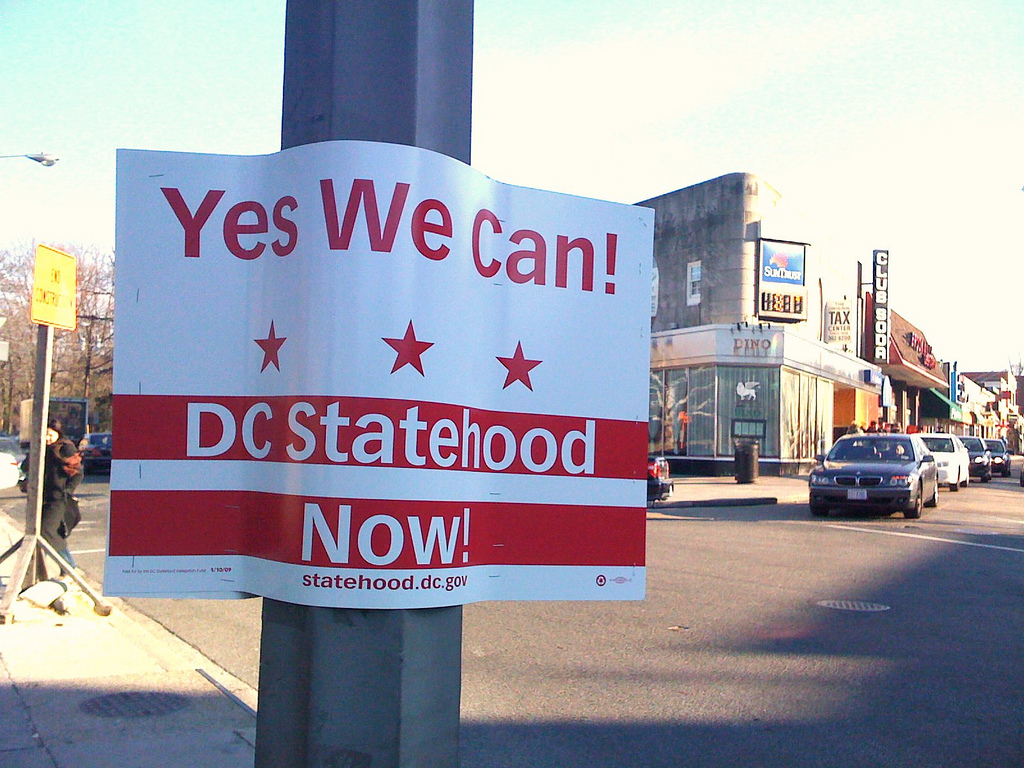 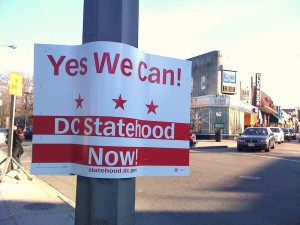 As we Latinos capitalize on the current momentum focused on immigration reform, let’s not forget that those of us who reside in the District of Columbia (DC) should also strongly advocate in support of DC statehood.   Clearly the benefits that will accrue to all District of Columbia residents will also positively impact Latinos; specifically, voting representation and the power to decide how our tax generated revenues get spent.  We represent 9% (55,000) of all District Residents and as we grow, will become a greater proportion of the voting population in the District. Currently there are 22,000 Latino residents eligible to vote.    While there is a gap between those classified as eligible, and those registered to vote, it is clear that Hispanics are becoming more engaged in the political process as witness by the turn out in the 2012 presidential election.

Beyond the advantages that statehood brings to all DC Residents, Latinos have a particular interest in advocating for statehood.   We will be better poised to elicit and get support from non-Latino residents on issues that overwhelmingly affect Latinos such as immigration reform, bilingual education, services to undocumented students and workers. On a number of national issues, including immigration reform, a DC Congressional representative with voting power will more easily leverage support from his/her peers because the DC member will be armed with a bargaining chip that matters–a vote.

Similarly, dual language instruction (bilingual education) is a “win win” proposition for District residents with school age children.  There is a great demand for dual language education in the District of Columbia.   For non-Latinos dual language instruction is a proven strategy for learning another language.   For Latinos it is a means of preserving our heritage language and culture.   Having the power to decide how we spend our tax dollars means no longer being hostage to members of Congress that hold approval of the District budget for ideological reasons.  This can happen on a number of issues of importance to DC residents including bilingual education.  We already have evidence of Congressional interference with DC approved laws in the areas of gun control, abortion, vouchers, and medical marijuana.

We don’t know the particulars of the pending immigration legislative proposal, but it is likely that those that don’t have an immediate path to citizenship will need access to city services such as health care, housing, employment.   Control of our budget will enable the

city council and the Mayor to make decisions about what is fiscally reasonable to support and implement without Congressional interference.

Thus, let us join any or all of the following organizations actively involved in the statehood effort:  DC Vote, DC Statehood, and Stand Up for Democracy.   Our well-being is intricately tied to the success of this movement.